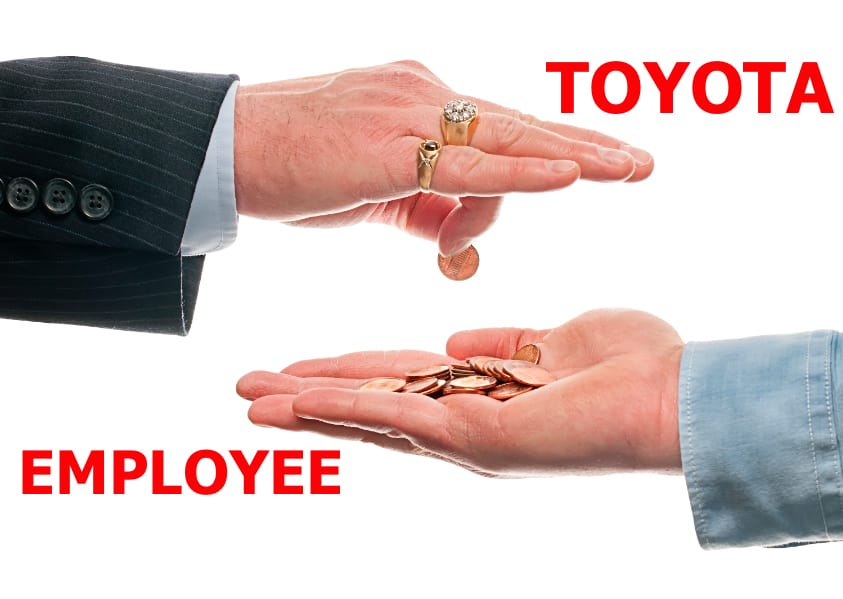 TOYOTA'S REPLY TO EMPLOYEES: Be Glad You Have A Job!

After over a week of the Toyota workers telling their story about greedy Toyota Corporation. There statement basically reads:

Be glad you still have a job! We consider the 1% increase and the risk of outragous increases to the medical generous.

TOYOTA PDC’s
(Statement to the public)

“Toyota released a statement Tuesday that essentially said the local workers should consider themselves fortunate their jobs didn’t also move to Plano, Texas, like thousands of their fellow employees when the company moved its North American headquarters out of Torrance last year.

“Despite increased competition and other economic concerns, we still offered an extremely generous wage and benefits package that greatly exceeds comparable local wages and benefits,” the statement read in part. “This followed our decision last year to keep the LAPDC where it is, instead of moving it after Toyota sold its Torrance campus, to minimize disruption to our team members.”