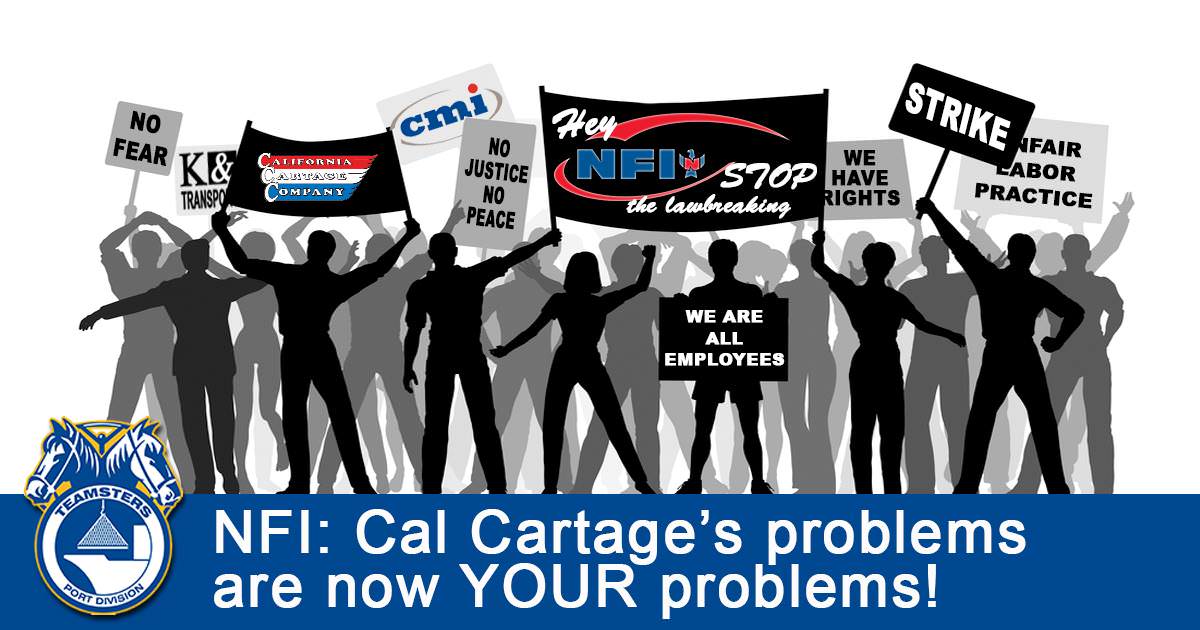 The largest trucking/warehousing operation at the Port of Los Angeles Port of Long Beach has been purchased by NFI Industries. Drivers at NFI/Cal Cartage companies have filed more than 40 claims for #WageTheft with the DLSE. 12 cases for +$1.4 million have been ruled in favor of the misclassified drivers so far, and 30 more worth +$5.6 million are pending. Justice For California Cartage Warehouse Workers are also fighting back against unsafe working conditions and wage theft. What’s NFI going to do about it???

And are LA Mayor Eric Garcetti and LB Mayor Robert Garcia going to allow this lawbreaking to continue on their property? Without action, there will be more unrest, more lawsuits, more strikes. Teamsters and the World Famous Teamsters Local 848 led by Eric Tate NEVER back down.

In a letter to NFI dated 9/18, Teamsters VP Fred Potter wrote, “In spite of facing an on-going labor dispute and misclassification-related litigation and government enforcement actions, California Cartage had continued to cling to a discredited business model. Hopefully you will rethink that approach. Please let us know if you are interested in meeting to discuss resolving these issues.” As of today, Mr. Potter has received NO response so the fight for justice continues full throttle.
Share on facebook
Facebook
Share on twitter
Twitter
Share on google
Google+
Share on whatsapp
WhatsApp
Scroll back to top