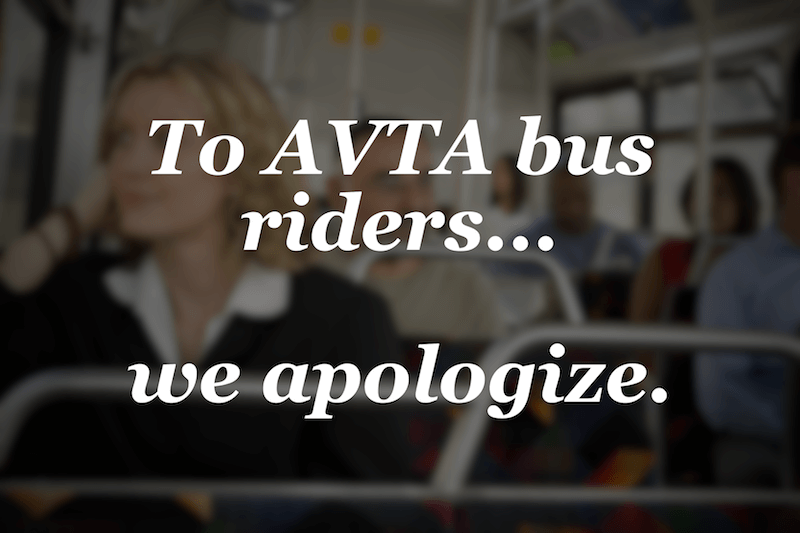 A Message to AVTA bus riders

from the AVTA bus operators and Teamsters Local 848.

We’re sorry for the inconvenience caused by the recent strikes, as well as strikes that may occur in the future. This strike, like every strike, was a last resort. We’d prefer to continue serving you, our riders, every day. Unfortunately, AVTA and its contractor Transdev leave us with no other choice but to strike. Please take a few minutes to read why… 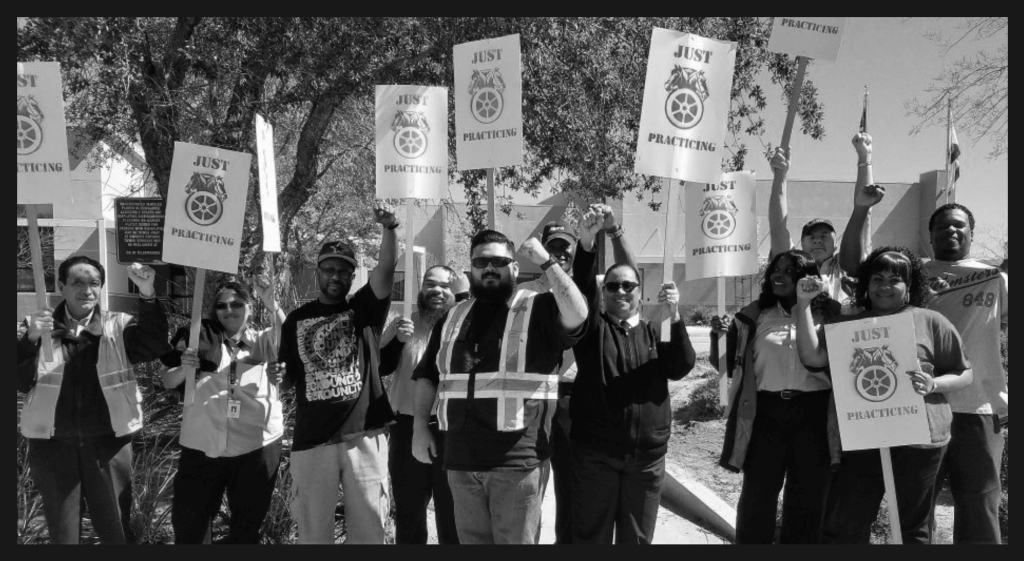 As you may know, AVTA contracts with Transdev to provide bus service to the Antelope Valley’s 450,000 residents. Transdev, a for-profit company with operations in 19 countries, won the contract by showing they could provide bus service on the cheap, paying drivers poverty wages – well below what other drivers in the region earn.

There’s a dirty secret to this “contracting out” scheme the AVTA is using: While the AVTA collects millions of dollars allocated to provide bus service – bus fares, grants, and the taxes you pay – they only pay Transdev enough for low wages and unaffordable benefits.

This scheme is an attempt to separate the bus drivers and other employees who do the actual work from the revenues collected to pay us. Why? So that when we demand to be compensated fairly, Transdev can say, ‘We can’t afford to pay you; AVTA won‘t give us any more money!’

But don’t forget the second part of the scheme: Transdev is a for-profit company. Poverty wages for drivers = high profit margins for the Transdev corporation. That’s not just wrong; this scheme is a denial of our Civil Right to due process. AVTA and Transdev are even refusing to pay us the L.A. County Minimum Wage!

AVTA has said the Union is asking for $2.2 million more than Transdev’s poverty offer. That is accurate, but it’s only a part of the truth. What AVTA conveniently doesn’t mention is they will pay $90+ million to Transdev over the next six years, while creating a surplus of more than $7 million! (Source: AVTA 2017 Business Plan)

“The slickest way in the world to lie is to tell the right amount of truth at the right time-and then shut up.” – Robert A. Heinlein, Stranger in a Strange Land

Our proposed $2.2 million contract increase is fair and reasonable. That may sound like alot, but consider the facts:

How can you help?

Please sign our online petition to tell AVTA and its contractor Transdev to pay the drivers fair wages and benefits, to stop committing unfair labor practices, and to end this labor dispute!